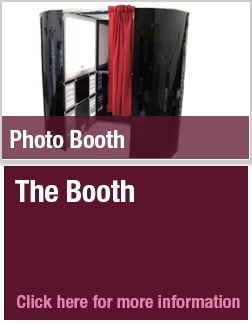 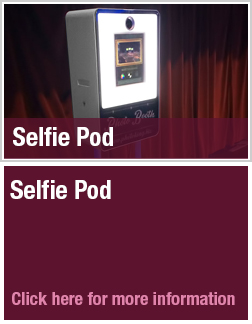 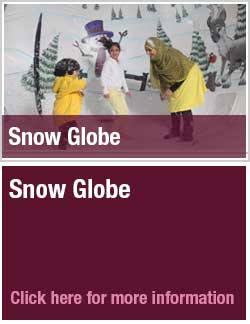 Our Photo Booth is as much an essential at a party these days as a DJ, band or the bar!  It’s an absolute must at weddings, big birthday celebrations and of course the school prom and acts as an activity to encourage guests to let their hair down as well as capturing the moment and providing a keepsake for a long time to come.  We have the traditional shaped booth with a choice of black, white or camper van exteriors to suit the event as well as the new Selfie Pod style booth which is a more compact version and will fit in any venue from restaurants to smaller halls but will just as easily pack a punch in a large shopping mall.  The difference between the Selfie Pod and the Photo Booth is that the pod is not enclosed so many more people can engage in the photo.  Once you’ve decided on the style of booth you can move on to select your options.  Video booths can capture short video messages, great for product launches or celebratory events.  Green screen booths are also a popular additional – here we create a background which appears as part of the image, ideal when having a themed party or want to add a further fun element to your photos.  We can also add on flipbooks as giveaways to your guests with a customised front cover for the small book.  Finally, social media uploads to Facebook™ or Twitter™ are a popular addition if you want your images to go viral.  Use the drop down menu to explore our services further or call to discuss your upcoming event on 01322 479909.

HOW DO I BOOK OR ASK QUESTIONS?

Click the regions below to view the areas we cover in the UK:

All postcodes including Central London and Westminster.